The new and fabulous 2010 Cars 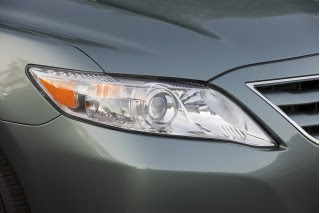 Your dreams do come true with this luxurious 2010 Toyota Camry. The most comfort and softest oriented ride in their sedans class.
Featuring the 2.5-liter and four-cylinder engine, Toyota also quietly slipped a new four-cylinder. A six-speed manual transmission takes the place of a five-speed manual on LE and SE and a six-speed automatic is now standard on the XLE, optional on the LE and SE.

The 2010 Audi S4’s engine is coupled with a 7-speed S tronic dual clutch transmission and a quattro all-wheel drive. The all-new 2010 Audi S4 has been improved upon across the board (exterior looks, interior design, drivetrain, suspension, fuel economy, and on and on) but that wonderful exhaust note and push-you-back-in-your-seat feeling from the last generation's V-8 will certainly be missed.

And what can i say with the Chevrolet?! With the horsepower is up from 106 to 108, the manual transmission gets higher 4th and 5th gear ratios for better fuel economy, and 2LT models get a standard trunk spoiler. Chevrolet re-introduced its classic sports car for 2010, with a strong emphasis on bang-for-buck: The base-model Camaro offers a 300 horsepower direct-fuel-injected 3.6 liter V6 for around $23,000, while the Camaro SS comes with a Corvette-sourced 6.2 liter 426 horsepower V8 for $31,000. The Camaro being more popular after the lounching of Transformers movie.

And the last but not the least is KIA Soul. Kia Soul was awarded in the event "Top 10 Coolest New Cars Under $ 18,000" conducted by renowned automotive editor of the United States Kelley Blue Book. Kia Soul futuristic design was work of Peter Schreyer, one of the leading automotive designers in the world, and even won design awards "The Grooviest Interior" at the Ward's AutoWorld "Interior of the Year 'in 2009.

Latest from the KIA vehicle is not only present with a futuristic design, but also easy to modify from the wheel until the entire exterior. KIA Soul offer many various colours and equipped by technology and luxury facilities.